Too often we hear negative stories about OHV enthusiasts going someplace they should not. The thousands of hours that are spent volunteering at trails and trailheads by OHV enthusiasts are often overlooked, as has been a successful example of turning a negative experience a positive outcome. Frank Keane is a resident of New Mexico and the administrator of RZRforums.net, an online community of over 100,000 ROV drivers worldwide who love taking their machines on backcountry adventures. Frank is well connected in the OHV community among riders, land managers, and even manufacturers. He has been part of some outstanding events over the last 10 years.

Earlier this year Frank received bad news that could have been a blackeye on the OHV community. A group of bad actors gathered a large number of enthusiasts in the community of Ojo Caliente in Northern New Mexico. Ojo Caliente is an unincorporated community known mostly for it’s hot spring resorts. Ojo Caliente literally translates as “hot eye” but is more commonly known to mean hot springs. It is a quiet place surrounded by Forest Service lands in the Carson National Forest. 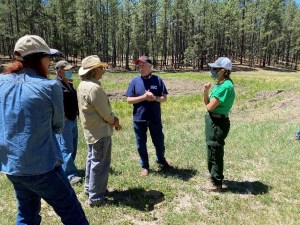 There were no event permits, and there was no coordination with locals. Many riders showed up thinking this was a well-organized ROV rally only to soon be surprised to find that they were in the middle of what is known out West as a goat rodeo. Chaos reigned supreme and zero direction was given to participants. People raced through town, carelessly littered, and a large group of riders spun circles in a local and very visible wetland. Of course, there were videos posted all over social media. As Frank told me, the folks were just plain “bad eggs.”

It was a dark day for responsible OHV enthusiasts, but luckily Frank Keane is a man who is always looking for solutions. Frank immediately asked the Forest Service, local residents, and law enforcement for a meeting. He apologized for what happened and asked for a chance to prove the event wasn’t what responsible OHV enthusiasts are about. He shared that many riders who came to the event were appalled by the behavior they witnessed and soon departed from the group. After that, it was time to set about making things right.

The first step was cleaning up the litter, which was substantial, but luckily Frank had help. From there the process was not easy or fast, but he was persistent. There were many forms to be filled out, meetings to be held, discussions to be had, and even a few phone calls to Washington D.C. Finally, approval came to start the rehabilitation of the wetlands. This started with Frank pulling $500 out of his own pocket to pay a local contractor to begin work, but this was just the start. Many contributed to a GoFundMe account set up to pay for the project, including very generous donations form Polaris Industries and Braven Offroad that allowed funding goals to be reached and the account to be closed. These funds made it so that on-the-ground work could proceed, and the necessary wildlife friendly fence could be installed surrounding the wetlands.

The completion of this project will require more time, funds, labor, and oversight, but luckily our persistent friend is intent on sticking it out, other than that he will continue to do right by the sport he loves and the people he meets in the growing OHV community. Thank you Frank and all others who set out to make this right. 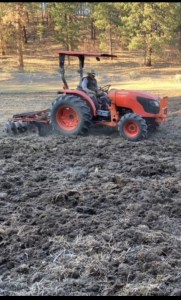 As ever, NOHVCC is committed to bringing you stories of OHV enthusiasts, clubs and managers that reflect best practices.  In this instance, not only did Frank, turn a negative into a positive, he utilized a relatively new tool to make it happen.  GoFundMe and similar fundraising sites could be an excellent tool to raise funds for appropriate OHV projects.  More importantly, Frank didn’t let the irresponsible behavior of a few leave a permanent reminder of temporary lack of judgement.  Please reach out to NOHVCC staff at trailhead@nohvcc.org if you need any assistance replicating any of Frank’s success.