Anyone in the NOHVCC community understands just how important the Ehnes family has been to our organization and off-highway vehicle recreation generally.  Russ Ehnes served as Executive Director of NOHVCC for nearly 20 years and his mother, Mona, served as Executive Assistant.  Russ’ father, Vic, a long-time motorcycle enthusiast, was ever present during their tenure and was vitally important to the growth and success of NOHVCC.  Unfortunately, Russ announced the passing of his Father on Facebook yesterday: 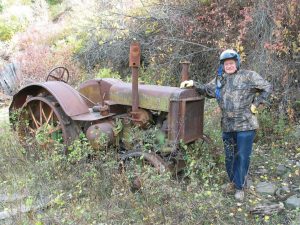 About 8:00 this morning, Vic Ehnes, my dad, passed away suddenly and peacefully from natural causes in the nursing home in Fort Benton. Vic has been battling Parkinson’s and dementia for the past months and has been in the nursing home since early July. As you would expect if you knew him well, he was pretty upset that he couldn’t work in his shop. I know he’s at peace now and is no doubt fixing whatever is broken in heaven. Rest in peace Dad.

NOHVCC would like to express our deepest condolences to Russ, Mona, and all of Vic’s family and friends. Many of the great things that have happened for OHV recreation over dozens of years would not have been possible without the dedication of Vic and his family – Vic’s enduring legacy will live on.