NOHVCC Welcomes Two New Members to its Hall of Fame

On Saturday, October 19 at its Awards Celebration to conclude its Annual Conference, NOHVCC inducted Jerry Abboud and Scott Jones, both from Colorado into its Hall of Fame. NOHVCC’s Hall of Fame induction is reserved for those OHV enthusiasts who have demonstrated a sustained commitment to helping NOHVCC achieve its mission of “creating a positive future for OHV recreation.” NOHVCC Executive Director, Duane Taylor said, “NOHVCC and the broader OHV community are lucky to have two great advocates in Colorado who have dedicated much of their lives to safe and responsible OHV recreation.” 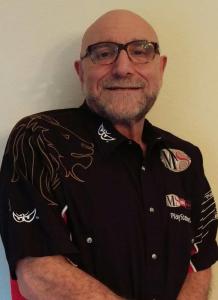 Jerry Abboud is the Executive Director of the Colorado Off-Highway Vehicle Coalition and the Powersports Dealers Association of Colorado. Jerry has been involved as an advocate for motorized recreationists in Colorado since 1987 as one of the founders of COHVCO and a member of the Blue Ribbon Coalition’s original Executive Board. He has worked on issues with the National Off-highway Vehicle Conservation Council and the Motorcycle Industry Council. He currently sits on the Board of the American Motorcyclist Association.

Jerry is a professional lobbyist and a graduate of the University of Nebraska College of Law. He was the legislative lead for the OHV Registration and Recreation Fund program, OHV/snowmobile sound legislation and the Roadless Petition Process among others. Jerry believes in a cooperative approach whenever possible and just as strongly believes in the assertion of access rights when necessary. Abboud also actively supports and lobbies for more congressional funding for the Forest Service and BLM to address recreation on public lands. He is a past Chairman of the Colorado State Trails Committee, lectured at Colorado State University’s Department of Natural Resources on Judicial and Administrative process and received various acknowledgements from state and federal agencies including Colorado State Parks Volunteer of the Year.

NOHVCC Chairman of the Board of Directors, Dan Kleen said, “Jerry has been an active part of NOHVCC for many years and has helped lead COHVCO to be one of the most active and successful OHV organizations in the country. COHVCO is an excellent example of what team-work and hard work can accomplish.” 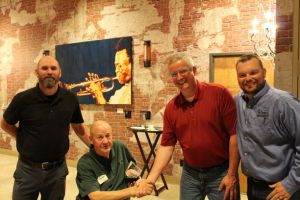 Scott Jones has an extensive background with and is a leader in the protection all types of trail-based recreational activity. As an attorney with an environmental law background, Scott advocates for and promotes recreational use and conservation of our public lands and natural resources. His expertise includes State and Federal Environmental Law, Endangered Species issues and NEPA planning.

Scott currently partners with the Trail Preservation Alliance and Colorado Off-Highway Vehicle Coalition, President of the Colorado Snowmobile Association and a lifelong outdoor enthusiast. He also serves as the Colorado State Partner and Board Member of the National Off-Highway Vehicle Conservation Council and is a past chairman of the Western Chapter of Snowmobile Associations.

Kleen said, “as you can tell by all the titles Scott holds, he is a very busy advocate for OHV recreation in his home state of Colorado and nationally through his work with NOHVCC. Scott has been a key player in the growth and development of NOHVCC’s Great Trails Workshops that COHVCO sponsors each year.”

2019-11-19
Previous Post: NOHVCC To Select 2021 Conference Location – Should It Be In Your Area?
Next Post: NOHVCC Clubs and Associations Issue Area Representative Board Position Open