Canadian Quad Council (And Other Canadian Groups) Are Great Partners With NOHVCC – And Meet Wayne Daub!

By: Laura Feist
In: Assistance, Engagement
With: 0 Comments 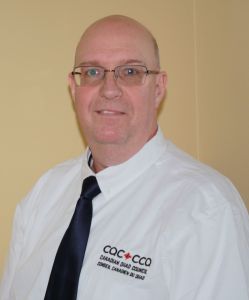 Like the article series designed to feature NOHVCC State Partners and some of the successes they highlighted in their Partner Annual Reports, this article is the first in a series to highlight the contributions from Canadian enthusiasts and groups that support NOHVCC.

Originally from Kitchener, Ontario, Wayne Daub now lives in London, Ontario with wife Grace and has one daughter and two grandchildren. His love for all things motor started early when his father opened up a general “fix it” shop in Kitchener in the mid 70’s. Dirt bikes and dune buggies made from old Volkswagen bugs were a big part of Wayne’s teenage years. After getting married and starting a family, ATVs became a priority as well as involvement in area OHV clubs. Wayne is a “handyman” who was taught by his Father to not only make household repairs, but to enjoy the work. He and his wife relish getting outdoors and camping as much as possible – with a tent and sleeping bags, “glamping” in their RV, and any form of camping in between. Wayne now serves as General Manager for the Canadian Quad Council, as well as an ex officio member of the NOHVCC Board of Directors. He was inducted into the NOHVCC Hall of Fame in 2018. Wayne believes the most important thing an individual can do to create a positive future for OHV recreation is to make people aware of the “true” impacts of OHV recreation on the land – where there are issues mitigation or relocation is a must, but the overwhelming majority of properly-located trails and routes are not causing permanent damage.

If you have been to a NOHVCC Annual Conference, chances are you have met a smiling Canadian. For over a decade our friends from up North have not only participated in the Conferences and other NOHVCC activities, they have been a cheery bunch of leaders in the OHV community and powerful allies to NOHVCC.

When asked how the partnership between the Canadian organizations and NOHVCC has benefited both sides, Wayne graciously said, “From our perspective we take more than we give – essentially all of the resources generated by NOHVCC work when we take them North, we may just need to change the name of the land agency in the document or something similar.”

NOHVCC’s Chairman of the Board of Directors sees it a little bit differently, “The NOHVCC Board of Directors feel that our partnership with the Canadian Quad Council has been a huge success. We work very closely with the CQC’s General Manager, Wayne Daub on many issues. Wayne is an Ex-Officio NOHVCC Board member and I serve as an Ex-Officio CQC Board member so both groups are up-to-date on what is happening in the OHV community on both sides of the border.”

The idea that the leaders of the two nations’ OHV organizations can work so well together shouldn’t come as a surprise. Wayne notes that the threats faced in Canada are similar to those faced by enthusiasts in the United States, “Around 75% of land in Canada belongs to the Crown or government with management of the lands delegated to Provinces. While there is a “free-use” policy in place, over time those who oppose even the most responsible of OHV use have become more and more vocal. So, we face very similar threats to closure as our American counterparts.”

But, like the great work NOHVCC’s Partners have been doing here in the U.S., the CQC and other groups in Canada have success stories to report as well. Wayne shared that OHV enthusiasts on Prince Edward Island were struggling to gain traction, but that once they were able to access the resources of CQC, get organized and pool resources there has been considerable growth. Now with bigger, stronger and better-armed local OHV organizations, PEI can boast of a trail network of over 500 miles and improved relationships with land managers!

The success of the relationship between NOHVCC and Canadian organizations shows that OHV passion, knowledge, know-how and skills don’t stop at any border. This type of relationship can be replicated across the borders of Countries, Counties, Cities or States. So, keep in mind – if you are stumped, a fellow enthusiast just over a line on the map may have tools to help you succeed.

If you would like to know more about how NOHVCC works with Canadian organizations, look out for upcoming articles in this series or, as always, feel free to reach out to us at trailhead@nohvcc.org.